This poem was “Written in Brantford, Ont., July 1, 1867,” the day the Province of Canada (Canada East and Canada West) officially joined with Nova Scotia and New Brunswick to form the new Dominion of Canada (Canada East became Québec and Canada West became Ontario). The poem was first published in The Canadian Bapist magazine on 18 July 1867, but this copy is from “Baptist Biographies,” in The Canadian Baptist (1 July 1967): 10. 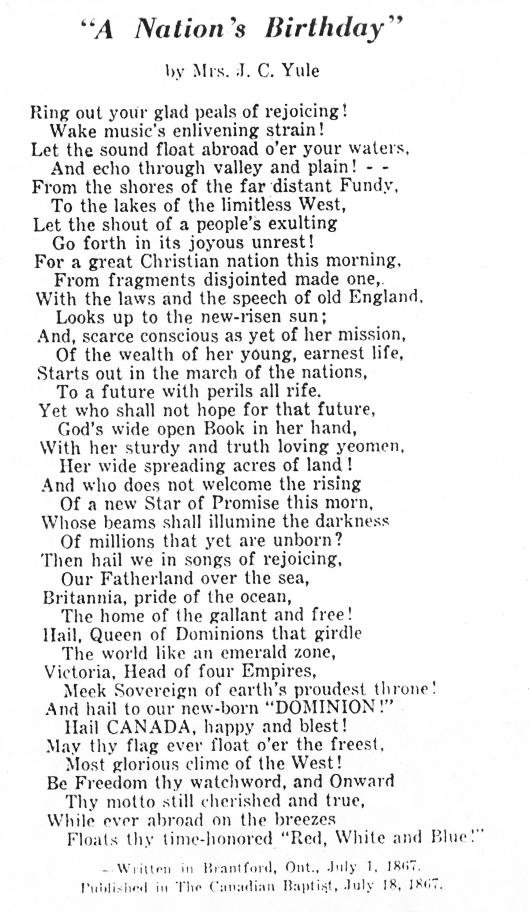