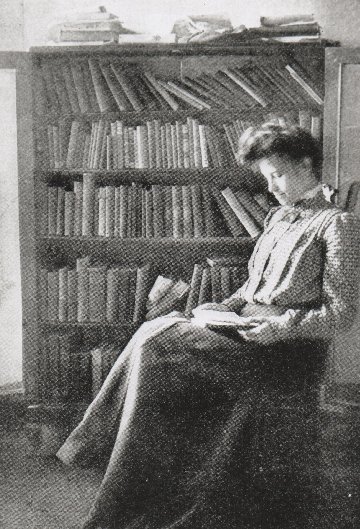 Today is Winnifred Eaton’s birthday. More than that, it is the official launch of the new Winnifred Eaton Archive at the University of British Columbia. I was going to write a post myself, but the email by project director Dr. Mary Chapman announcing the launch is better than anything I could write. So I repeat it here for you all.

Today is the birthday of the bestselling Asian North American author best known as “Onoto Watanna”! In honour of her 145th birthday, we are officially launching the Winnifred Eaton Archive (WEA).

The Winnifred Eaton Archive is an accessible, fully searchable, digital scholarly edition of the collected works of novelist, journalist, playwright, and Hollywood screenwriter Winnifred Eaton Babcock Reeve (1875–1954), best known for the popular Japanese romances she signed “Onoto Watanna.” Building on an earlier digital edition of Eaton’s work created by Jean Lee Cole (Loyola U Maryland), the Winnifred Eaton Archive comprises page images and transcriptions of almost 200 located publications and manuscripts, as well as supplemental materials, including photographs, a biographical timeline, secondary sources, and more. Ultimately, it aims to collect all known publications, manuscripts, and films by Eaton in one location. Université de Moncton professor Andrea Cabajsky called it “one of the most user-friendly, materially rich, and visually pleasing electronic archives I’ve had the pleasure to consult.”

The younger sister of Edith Maude Eaton (1865-1914) who wrote sympathetic portraits of diasporic Chinese signed “Sui Sin Far”, Winnifred Eaton is often referred to as the “bad” Eaton sister because of her sustained masquerade as a Japanese author, beginning in 1897. But as many texts collected at https://winnifredeatonarchive.org demonstrate, Winnifred Eaton was much much more! She wrote one of the earliest short stories about Montreal’s Chinatown. She was a dogged woman journalist in 1890s Jamaica and 1900s New York City. In the 1920s, she authored screenplays, including an early draft of Showboat, and ran Universal Studio’s script department. And from her home in Alberta ranch country, Winnifred Eaton championed Canadian literature and community theatre from the 1920s until her death in 1954.

Please join us for a virtual launch at 12pm (PDT) on Wednesday, September 16.

At the launch, we will demonstrate the many ways you can use the archive for research, show how the archive can be used in the classroom, and explain how researchers and students can become more involved in Phase Two of the project. We will also have a few remarks and a Q&A session with the current WEA team and special guest Diana Birchall (Eaton’s biographer and grand-daughter).

Hope to see you on September 16th!