Sorry about the poor-quality reproduction; the poem occupies a tiny corner of a two-page spread on the microfilm… I hope it is sufficiently legible. The bibliography of Constance Anne Maguire’s 1996 MA thesis from the University of Regina, “Convention and Contradiction in the Life and Ideas of Kate Simpson Hayes, 1856-1945,” lists a number of obscure Kate Simpson Hayes’s articles and poems that we did not know about, but have now run off to find… this is one of them. 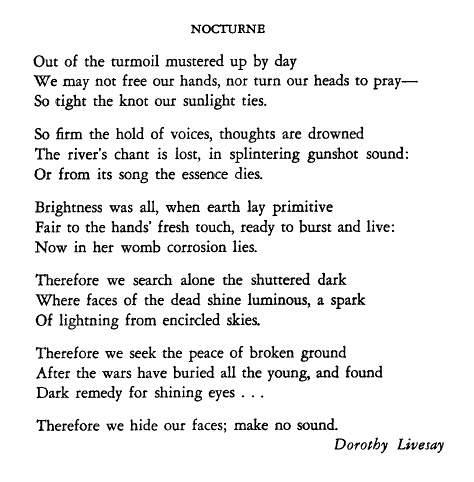 I just love the word prairie… there is something balanced and yet asymmetrical about the arrangement of the letters tat pleases me. Hence the inclusion of a number of poets’ creations featuring the Prairies.

The mudded shack shakes at the roar
Of north wind down the white waste hissing,
Snow-wreaths go whirling on before
The Furies, clasped, and madly kissing!
Roof-high the drifts, blocked is the trail,
The stacks of yellow grain are whitened;
And here and there a broken rail
Lies, where the sweeping gale had heightened.
The branching poplars bend and sway;
Within the bluffs the cattle shiver,
The pallid grasses parched and gray
Fringe all the ice-bound sloughs. The river,
Like some dead form, lies draped in white—
Its voice is stilled—stilled is its sighing;
The last snow-bird has taken flight;
Gray clouds in wild retreat are flying.

The moaning of the wind grows low—
Repentant sobs of Nature, grieving—
Wind-swept, the pallid grasses show,
Their tendrils kindly interweaving.
Adown the way fall slanting beams
Of gold that woo the Furies sleeping,
And from the west soft melting streams
Set every thatchèd roof a-weeping.

So is it with our human wills
When swayed by Passions, dark and blinding;
Adown life’s path light coming, thrills,
Time’s sunset soothes new patience finding.
Oh, storm-tossed hearts hurt by the blast!
Through angry years God’s pity blending—
His Face the kindly Light at last;
Our falling tears, His Peace descending!

In the bibliography for Redressing the Past: The Politics of Early English Canadian Women’s Drama, 1880-1920 (2004), Kym Bird notes not two, but three pseudonyms for Kate Simpson Hayes: “Mary Markwell” and “Yukon Bill” (which we knew), and “Marka Wöhl.” So now my task is to determine which of the entries in Bird’s bibliography are written under which pseudonym… and to determine if the other texts I have found by “Marka Wöhl,” not listed in Bird’s bibliography, are also by Kate Simpson Hayes… I love my job.

Allons! Allons! look up—work on!
Hope is the star that lights the weary way!
Entangled with the thorns that pierce our feet
Are Autumn flowers that failed us in life’s May.

Allons! Allons! take heart! grope on!
Fix on the heights thine eye; and through the night,
And o’er the tempest’s loud alarm, will come
The Dawn, dispensing shadows with the light,

Allons! Allons! I grieve not that we met—
Nor do I weep that you did fail me, Friend!
Within my heart there’s gladness with regret,
(I do not count this pilgrimage the end).

Allons! Allons! face every woe! fight on!
The bravest hath the scars! Ere victory’s won
Some in the dust must lie! But I, with lip tight drawn,
Still cry ” Allons! Allons! ” until life’s day is done.

This is a lovely happenstance… Only two of the authors our project deals with are actually still alive. Beatrice Rowley, who wrote under the pseudonym “R. H. Grenville,” and children’s author Lyn Cook, otherwise Evelyn Cook Waddell. I telephoned Mrs. Waddell a week or so ago, as I was flying out to Ontario, where she lives. I was unable to meet with her, as she lives farther than I thought from my destination, but we spoke for quite a while about her years as a CBC children’s radio show host, and her life as a mother and children’s author in the 1950s and 60s. Then came the crucial question: had she published anything before her 1950 first novel, The Bells on Finland Street? “Oh, yes,” she said, “I did publish one poem…” She knew that it had been in the Canadian Poetry Magazine, in the 1940s some time, but more than that she could not say. Strange, I thought: we have gleaned all female authors’ names from the Canadian Poetry Magazine previous to 1950, but I had no record of Lyn Cook, or Evelyn Waddell, or any permutation of those names… “Did you use your own name?” I asked, hoping that the answer would be… “Oh, no, I used my grandmother’s! Margaret Culverhouse.” While we continued to talk, I checked my record, and there it was: “Candle,” by Margaret Culverhouse.  And here it is for you…