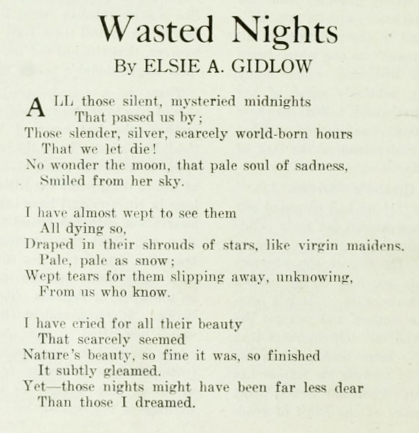 There is a shaggy dog story about the Bagg sisters, Helen and Katharine, that I have yet to write up for this blog; it will come next, I promise. Meanwhile, here is a story by Jean Rameau that Katharine translated for Short Stories. As far as we can tell, this is the same Katharine Bagg; but as there is no concrete evidence other than her name, and the date being appropriate, the validity of the attribution is not 100%. Katharine Bagg did write, though; her only published book is a journal of her 1910 journey with her husband to the Mediterranean and the Middle East, Reminiscences of a Cruise in the Mediterranean and a Visit to the Holy Land and Egypt (1910). 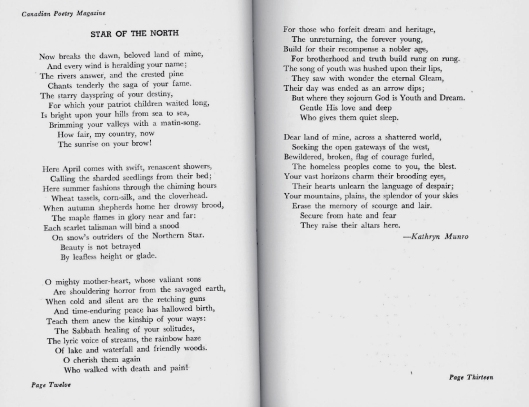 In writing up our entry for poet Jean Blewett, I ran across this pamphlet hidden (well, catalogued, but still…) in the microfiche vaults at SFU library. It doesn’t appear on most lists of Blewett’s work, so I thought I would share it with you here.

The date of this publication is uncertain. Collier’s Weekly magazine’s online archives includes only the American editions. By many accounts, Collier’s Weekly began publishing its Canadian edition in 1908, which is when it ran its famous competition for a Canadian anthem. Marjorie Lang, in Women Who Made the News (Montreal & Kingston: McGill-Queen’s UP, 1999), however, notes that Lily Barry was “Canadian edition editor for the well-known New York magazine Collier’s Weekly from 1893 to 1896″ (39). The suggestion from the Library and Archives Canada call number is that Blewett’s article was published in 1910; we know, given the subject matter, that it was written previous to 1918, when Canadian women were granted the right to vote at the federal level. The answer is most certainly available in a dusty archive somewhere, and I would love to go hunting, but find myself instead having to press on to consideration of other authors and their works.

The Canadian Woman and her Work is more than just a call for female suffrage, although that is its primary intent and function. In pointing out the inequality of the then-current criteria for voters, Blewett demands that education on social and political issues be universal: male as well as female voters need to be educated in order to contribute effectively to the democratic process. Her position reminds me of a favourite author of mine, Flora Annie Steel (1847-1929), who, in speaking of the political situation in India, asked her readers: “How can we have a functional democracy if we do not have an educated demos?” (I am perhaps paraphrasing, as I cite from memory.)

The “Heilan’ laddie” who “do[es] not ken how to pipe a retreat” is a reference to a Scottish ballad or folk story (it appears in both prose and lyric) often adapted as a narrative of the 1745 Jacobite Rebellion, with obvious echoes in the patriotic song Scotland the Brave). Like the undaunted Scots, Blewett asserts, the Suffragists will not back down. As we can see from history, though, their determination met (eventually) with far greater success than the Jacobites’.

The lines of verse beginning “I search the pages of our history over…” were first published in Jean Blewett’s Poems (1922); the entire poem, entitled “Laura Secord,” is reproduced here. 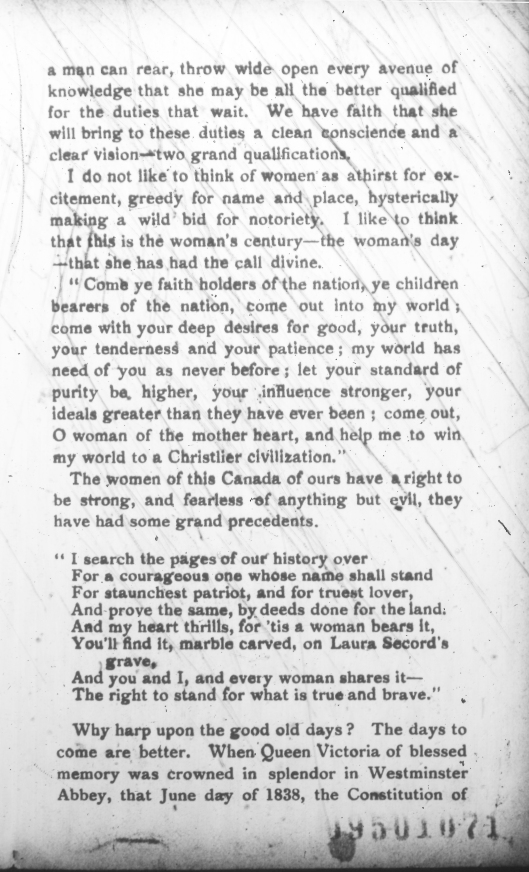