Maude Abbott is a fascinating woman. Born Maude Elizabeth Seymour Babin in 1869, she was raised almost from birth by her maternal grandmother, who legally adopted her: hence the name change. She never married, but became well-known in the medical sciences for her intelligence and dedication.

A number of biographies have been written about Maude Abbott, who became Curator of McGill University’s Medical Museum in the 1890s and was herself a significant author in the medical sciences. What is less well-known is that she also self-published a short gift-book of poetry for Christmas 1929. It is posted here for you all to enjoy. 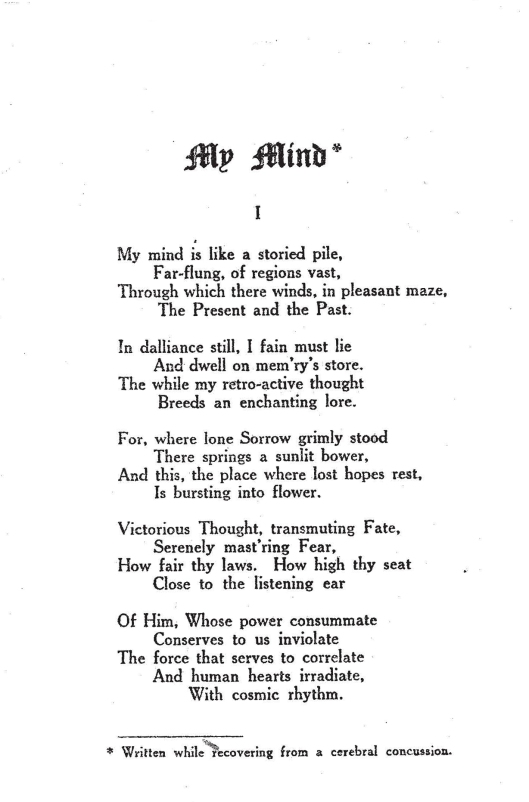