Scott, Leslie Grant. “Dying as a Liberation of Consciousness.” Journal of the American Society for Psychical Research (1931), 113-17.

Leslie Grant Scott (b.1887) insinuated herself into our project by virtue of her Canadian father and husband. The Light of Genius, her only book, was published in Toronto, and she later lived for a portion of her life in Ottawa, but for the most part she lived abroad or in Chicago, Illinois, where she had been raised by her maternal grandparents after her own parents’ untimely deaths in the early 1890s.

After marriage, she spent a great deal of time abroad—mainly in Asia, where she “died” from a tropical illness and “came back from the dead.” Her testimony, posted here, continues to be a popular case-study of near-death-experiences and out-of-body experiences. 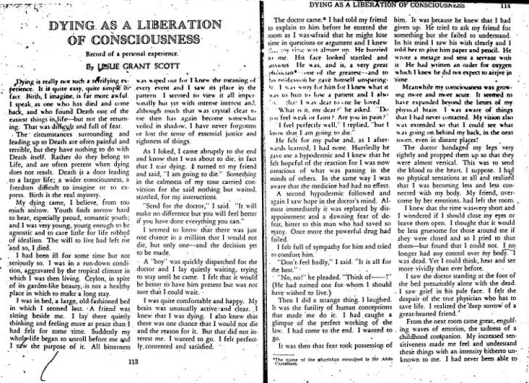 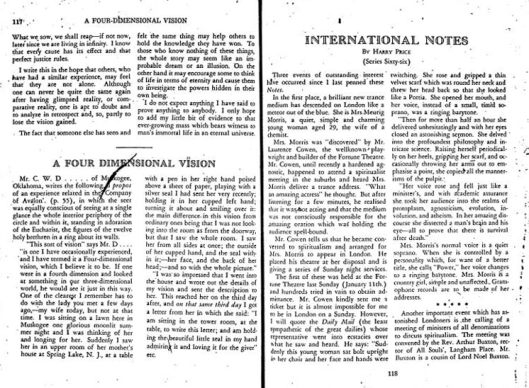