I’m really not too sure what anniversary Isabel Henderson is writing in honour of here. In 1939, King George VI and Queen Elizabeth (the Queen-Mother) visited Winnipeg, where Isabel lived. It was published in the Queen’s University Quarterly, but I can find no reference to 1939 as an important date in Queen’s history. It could be a more personal matter, honouring as it does Isabel’s female forbears back through the ages, tying them into the history of the Scottish in Canada and the Red River Valley.

Regardless of intent, this article has some interesting tidbits of information, with well-known personages thrown in, such as “Tom Carlyle, of whom the world was to hear in later years.” So if you have a Scottish heritage, or hail from Glengarry, Ontario, or the Red River Valley, this might be of great interest. 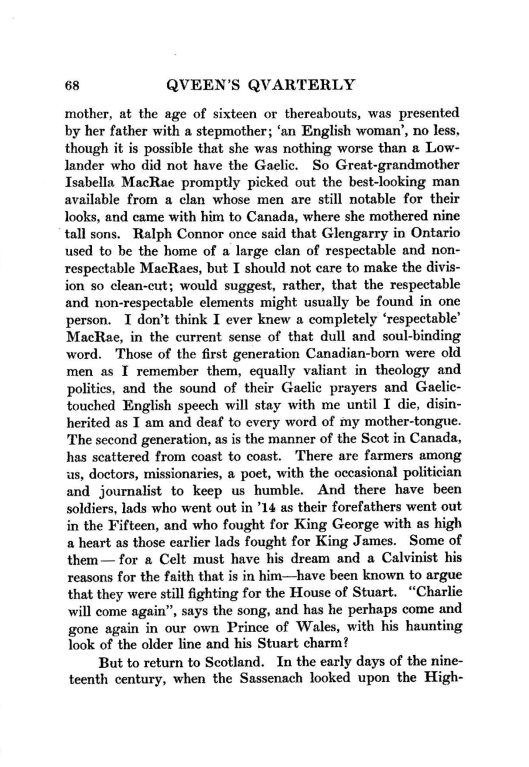 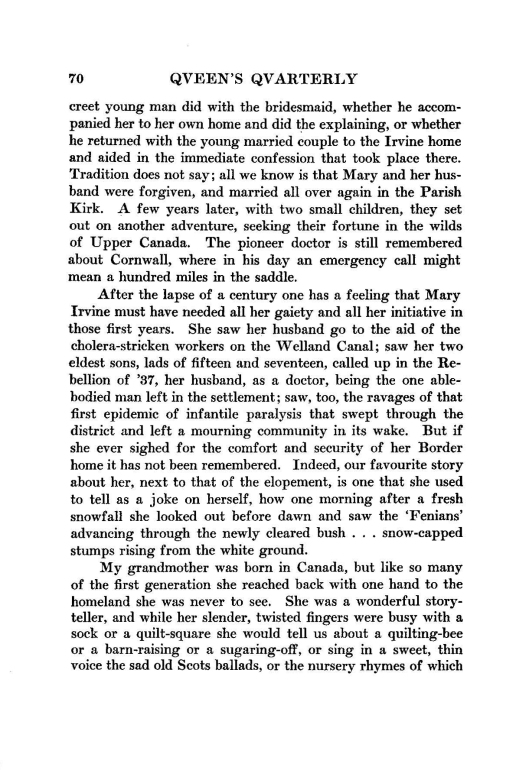 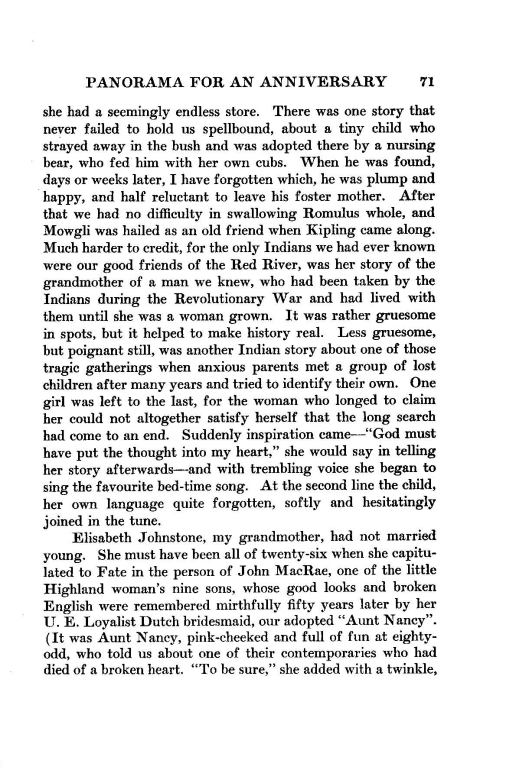 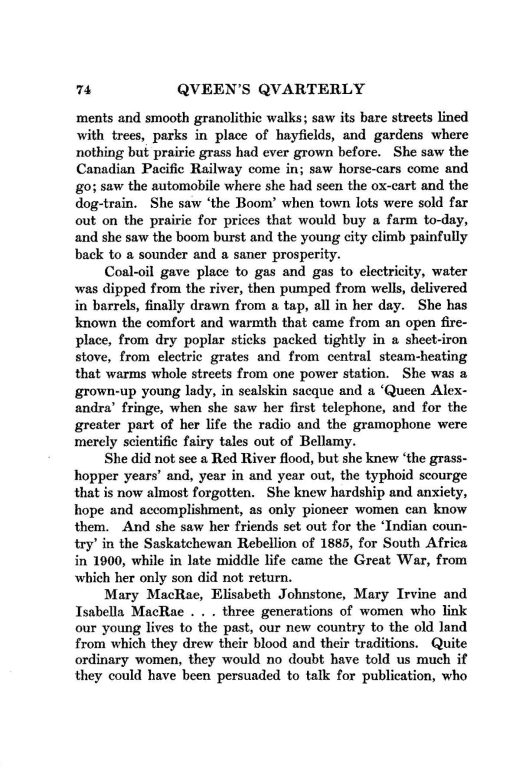