Earlier, I posted a digital edition of Lyn Cook’s Fragment, kindly sent to us by her son, Christopher Waddell. Here is the second of her three chapbooks, Harvest, likely published in 1944 when it was originally signed to the author’s mother: “To Mother, from Evelyn, Christmas 1944.” This copy was subsequently re-gifted to “Judy, from the poet who became her aunt, Lyn Cook, June 25, 1946.” Our copies of Fragment and Soliloquy, too, are signed to her niece Judy Misener at the same time, Soliloquy being initially signed to the author’s husband, Robb (1911-1988) for Christmas 1945.

As an aside, I’ve always wondered why people have a problem with re-gifting. If I had a copy of a chapbook by an author that had previously been signed for the author’s parent, I would treasure it more for that. As I suspect Judy did. 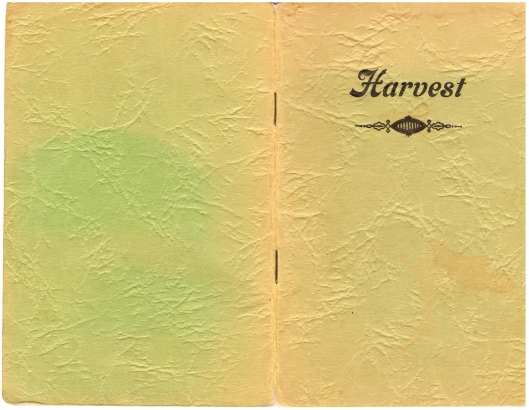 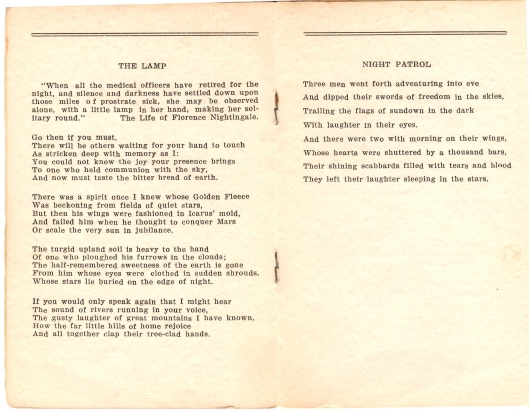 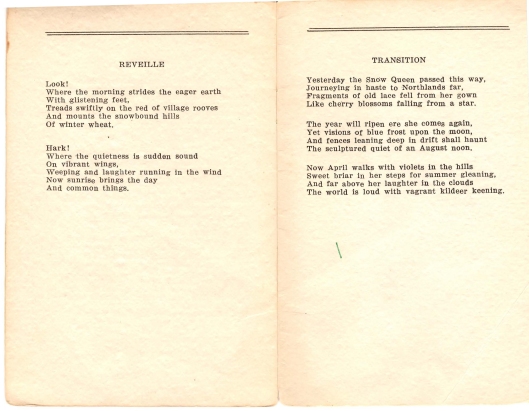 1 thought on “Harvest, by Lyn Cook”