In 1918, Elsie Gidlow and Roswell George Mills, arguably the first lesbian and gay activists in Canada, founded Canada’s (and perhaps North American’s) first LGBTQ magazine, Les Mouches Fantastiques (initially called Coal from Hades). The magazine was lambasted by H.P. Lovecraft, with whom Elsie had worked previously, but not all response was negative. Graeme Davis, at least, wrote a positive review for The Lingerer in 1919. On the other hand, he was not a completely unbiased reviewer: having read early issues of Les Mouche Fantastiques, Davis took a leave of absense from his religious life in the United States and visited Montreal, where he had a brief affair with Mills.

According to other sources, there are only four issues of Les Mouches Fantastiques extant, and only one in Canada, held in the Quebec Gay Archives/Archives gaies du Québec. Here is a copy of that issue, in searchable pdf as well as jpg images. 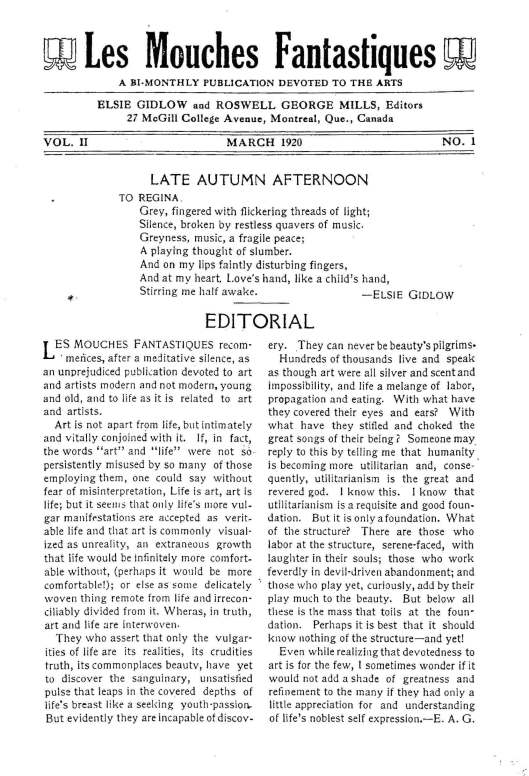 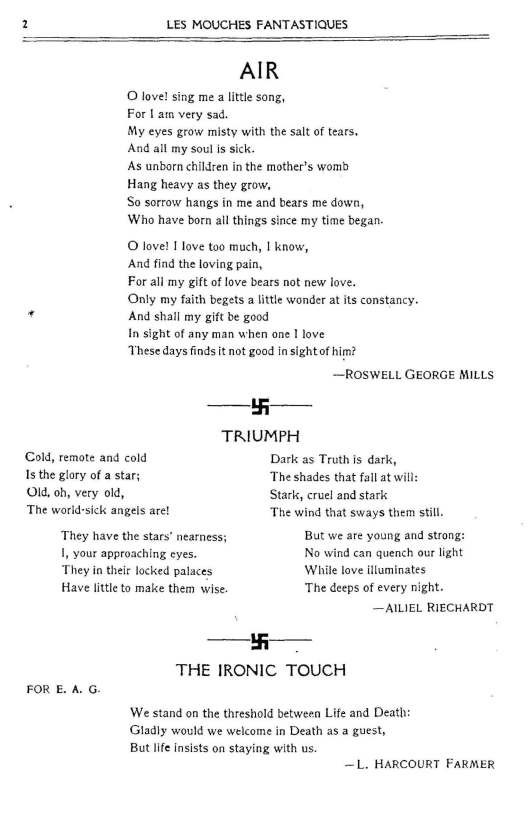 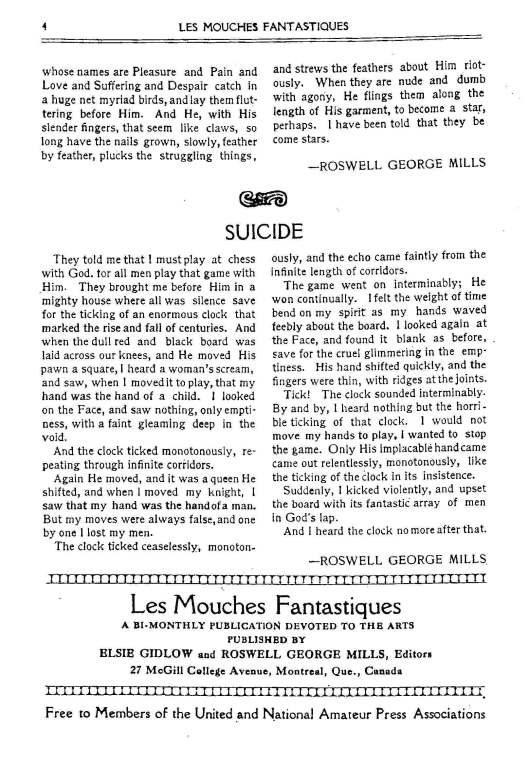