Like many of Canada’s early women writers, Maria Heathfield Grant (1854-1937) is known more for her political activism than her authorship. She did not, in fact, write any books, but was active in publishing articles in support of her political endeavours: hence her inclusion in our project. Vancouver Sun journalist Stephen Hume has rightly included her in his 150 profiles of “noteworthy British Columbians” for her instrumental roles in a number of political organizations aimed at increasing women’s access to social and political power in Canada (15 February 2017: A2). 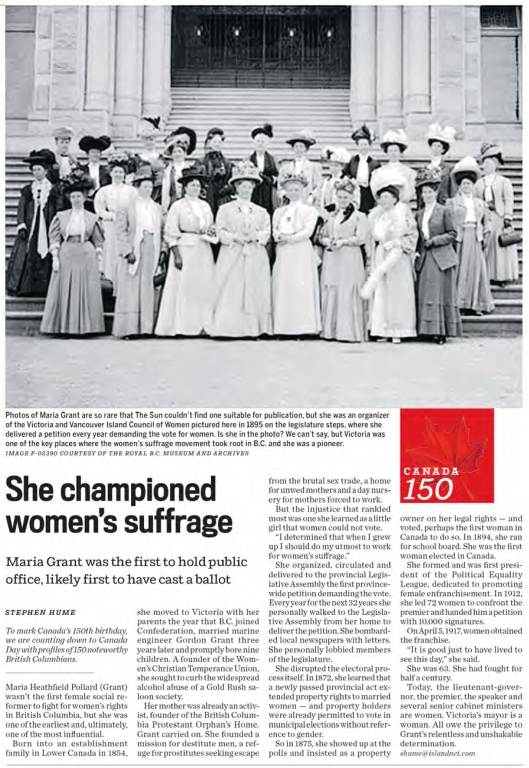