Mary Huber is one of our elusive authors: elusive no more. All we knew was that she lived in Toronto, and had published two poems in the Canadian Poetry Magazine. Through our list of authors to be researched, we received an email from Sheldon Rose, of Toronto, who is conducting “research on Mary B. Huber in connection with Dr. Grenfell, the Canadian Women’s Press Club and one of her poems, ‘My Labrador Rug’.” Mr. Rose’s interest lies mainly in Canadian poetry that is suitable to be set to music, so he has also looked Marjorie Pickthall and others. His thorough research has helped us immensely in knowing more about Mary B. Huber and her work, both poetic and political. Below are the two poems we located in the Canadian Poetry Magazine, as well as “My Labrador Rug,” which Mr. Rose sent to us.

The tradition of the “Labrador Rug” comes from the early 1900s, when women all over North America were encouraged to send their ruined silk stockings to the women of Labrador, who would then hooked beautifully designed rugs from them. The practice was begun by the Grenfell Mission, founded by Sir Wilfred Grenfell in 1893; Grenfell credited with coining the maxim: “When your stockings run, let them run to Labrador.” The mission’s mandate was primarily medical, but also included enterprises to help the people of Labrador and Newfoundland to improve their living conditions through cottage industry: hence the rugs. Labrador Rugs are now collector’s items, prized for their history and their intricate designs.

Old silk stockings, worn and grey,
Packed in a box and sent away,
To a fisherman’s home by a wintry sea,
You have all come back again to me,
In the form of a ship and a flying gull,
White for the sails and brown for the hull,
Blue for the sky and sea.

Old silk stockings, tired of the town,
Did you smell the tang of the seaweed brown,
Have you heard the lonely seabirds cry,
While the good wife worked with hook and dye?
Black for the rocks and the fisherboy’s hair,
White for the ice and the polar bear,
Blue for the sea and sky. 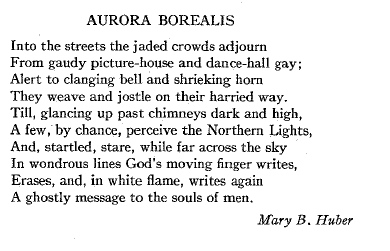 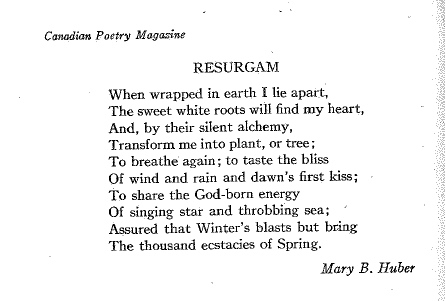